An in-depth interview with Sara Morawetz has been released as episode three of ‘Interno’, a podcast hosted by the inimitable Mariam Arcilla and made with support from the Institute of Modern Art in Brisbane. ‘Interno’ profiles artists who are recalibrating their internal lives and perspectives of home, longing and connection during the global pandemic, as well as the ideas that amplify artistic value and social duty in times of flux.

Now based in Santa Fe, New Mexico, Sara Morawetz was living in New York for almost seven years, and this was where she contracted coronavirus in April 2020. In this episode, Sara and Mariam discuss what it’s like to survive this virus while living in a megacity that is constantly rearranging its civic behaviours. They also talk about the importance of university arts degrees and the benefits of collaborating with people from other fields, like NASA scientists.

When revisiting Sara’s durational project ‘How the Stars Stand’, Mariam notes that “Humans are, by nature, heliocentric beings. We live according to the rhythms of the sun — Australia being a prime example of this. What is it like to remove yourself from that lived experience of Earth and abide by a living schedule that nobody else around you was following?”

For this work, Sara lived according to the daily time on planet Mars during a residency in New York. Sara explains, “I worked with my husband [computational mathematician Darren Engwirda] on this and a scientist called Michael Allison, who was actually one of the originators of the Mars 24 clock. He essentially made time for Mars. And I used the Mars 24 algorithm to sort of dictate my time. And the idea for the project was that I would live by Mars time for as long as it took for my day to fall out of sync. Which is to completely invert and then to return to synchronicity. So that was 37 Earth days, 36 Martian Sol.”

Speaking to her many collaborations across science and art, and the importance of creative education, Sara later acknowledges, “Interestingly, [after] all of the work that I’ve done collaborating with scientists over the years and meeting scientists at the top of the field, the ones that are truly generating new knowledge are the ones that are incredibly creative.”

LISTEN TO OR READ THE INTERVIEW HERE. 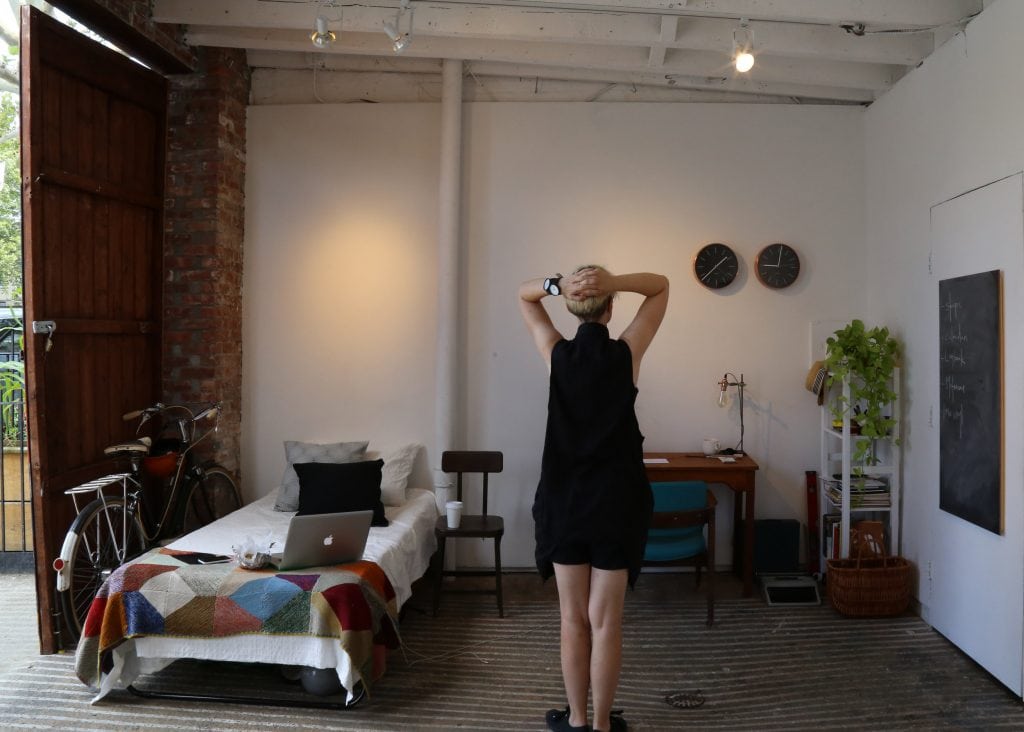