Julian Day discusses his upcoming work for the Adelaide Biennial with Justine Nguyen from LIMELIGHT. Describing his research into Lutheran church organs in the Barossa, Julian says, “Spending time in the Barossa Valley I was surprised to learn that it has one of the richest veins of pipe organs in Australia. At dinner parties you inevitably discover that the person you’re talking to owns either a vineyard or an organ, if not both. There are literally more pipes than people.”

He goes on to say, “growing up I learnt both the flute and the piano, and the pipe organ is essentially both: a wind instrument operated by the fingers. … I’ve been thinking of the organs in the Barossa as like organs of the body, complex objects which store cultural knowledge.”

His immersive work for the Adelaide Biennial is in three parts that combine to create a portrait of the region and its communities. “There’s the performance work A Civic Space as well as an installation that directly references the organs. Then there’s a video featuring the area’s unique German-speaking groups such as the historic Liedertafel men’s choir and the Singkreis group of women who meet at each other’s homes to learn and sing folk song lest it be forgotten.”

Titled Monster Theatres, the 2020 Adelaide Biennial of Australian Art invites artists to make visible the monsters of our time. Curator Leigh Robb says ‘Monsters ask us to interrogate our relationships with each other, the environment and technology.” For Julian, “monsters are those dangerous parts of ourselves that we keep hidden and unleash in moments of anger or hostility. They can grow fearsome through peer pressure – think of football riots, online mobs, hyper-partisan politics. … Much of my work has been about how sound can build connection but I am becoming just as interested in its more complex potential to disrupt or antagonise.”

The 2020 Adelaide Biennial is at the Art Gallery of South Australia and Adelaide Botanic Garden, February 29 – June 8. A special live performance of A Civic Space will take place at the Freemasons Lodge, Samuel Way Organ Room on March 1. A Civic Space was performed at the Barossa Regional Gallery in July 2019, with support from Country Arts SA, the Barossa Council, and Regional Development Australia Barossa Gawler Light & Adelaide Plains. READ THE FULL ARTICLE HERE. 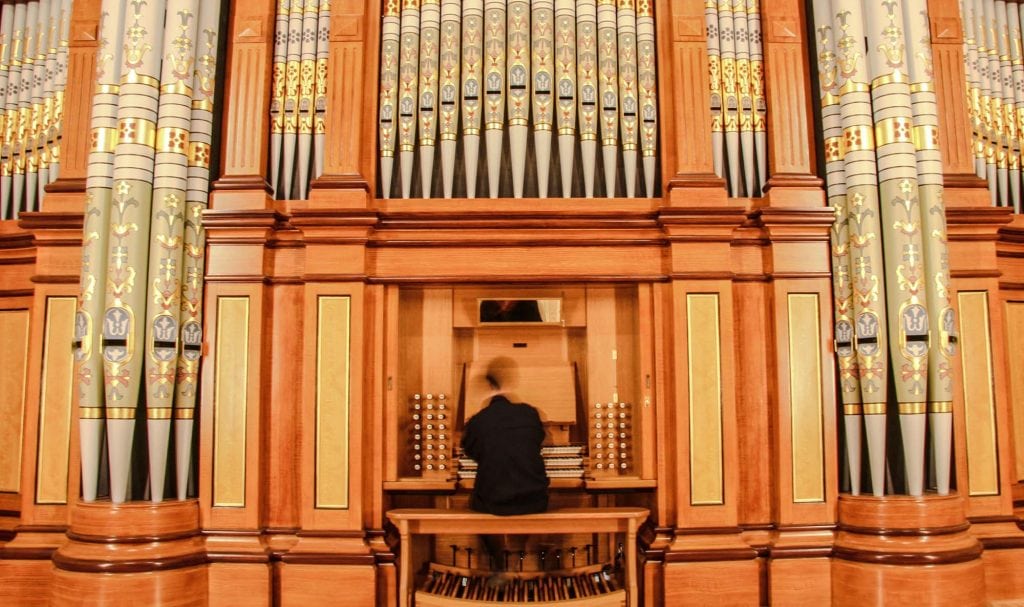