Home > Exhibitions > between stars, between stones 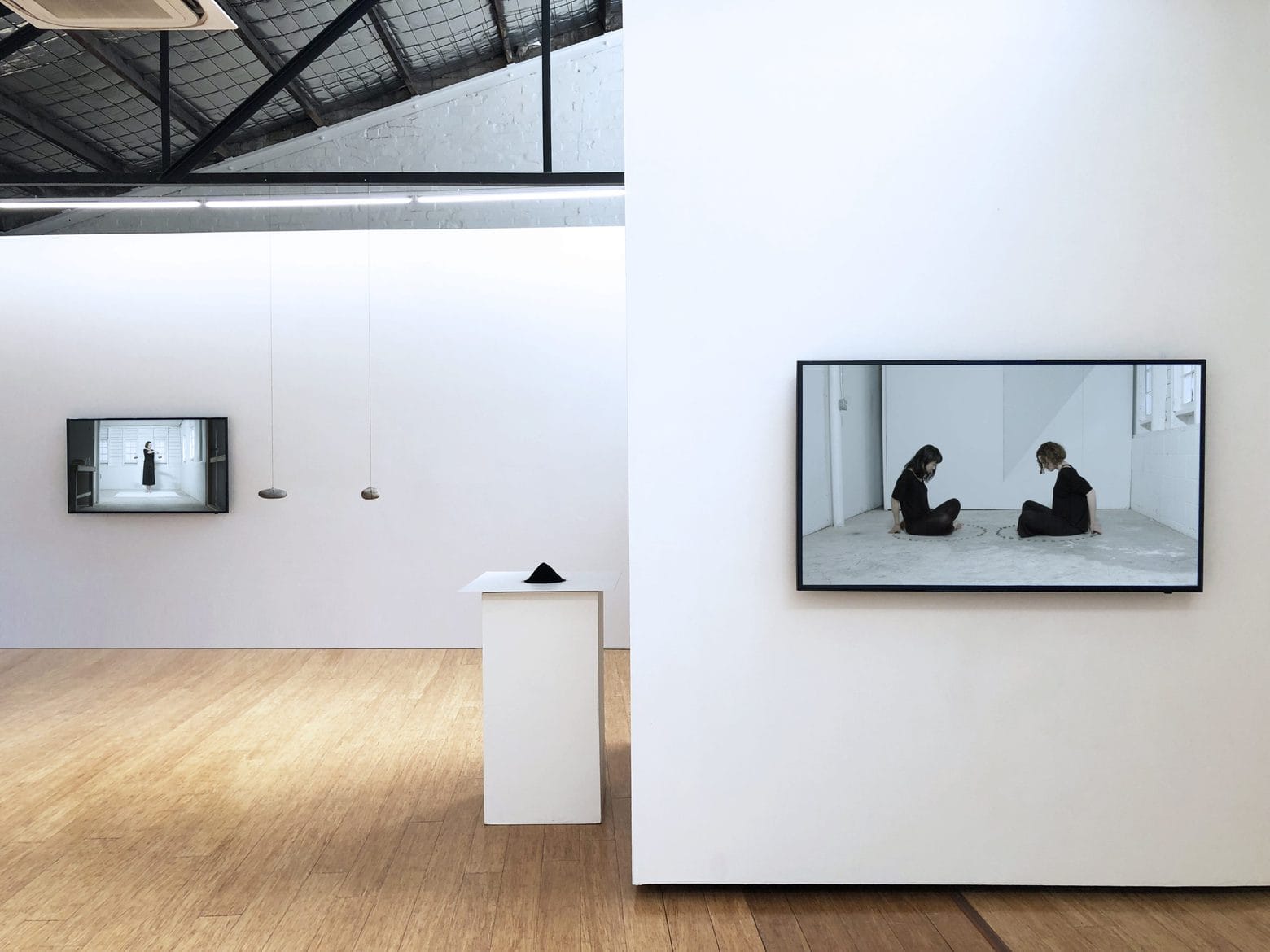 DMG will be hosting an artist panel discussion with Emma Fielden and Kynan Tan on Sunday 11 November at 2PM. Please join us for the event, which will be moderated by Sophia Kouyoumdjian and will discuss the themes present in both Emma and Kynan’s concurrent solo shows ‘between stars, between stones’ and ‘Permutations.’ After the panel discussion, Emma will also be staging a performance piece with one of her installations titled ‘States of Matter’. This work was initially developed in upstate New York during her residency with Art Omi this year.

Between any two given points there is a space, in geometry it is called a line. Theoretically, any line is infinitely divisible – any line can be divided into an infinite number of points. To clarify this, think of dividing a line in half, then divide each of those halves in half again, and so on endlessly. The line segments become infinitely many and their size becomes infinitesimal as they move toward, but never actually reach, zero.

The Greek philosopher Zeno (c. 490 – 430 BC) reflected upon this idea of infinite divisibility in his paradox of The Tortoise and Achilles, in which the great warrior and athlete Achilles can never beat the tortoise in a race. The paradox can be summarised and rephrased as follows. Suppose I wish to travel from point A to point B. First I must cover half the distance between the two points, then I must cover half of the remaining distance, then half of the next remaining distance, and so on endlessly. The consequence is that I can never complete a journey between point A and point B. Similarly, points A and B can never meet.

Conversely, we might see ourselves and everything that surrounds us as simply different manifestations of the same stuff – varied states of matter, unified by our subatomic makeup. But once this matter takes on the complexity of form, and possibly consciousness, how close is this connection really?

Enquire about this exhibition »